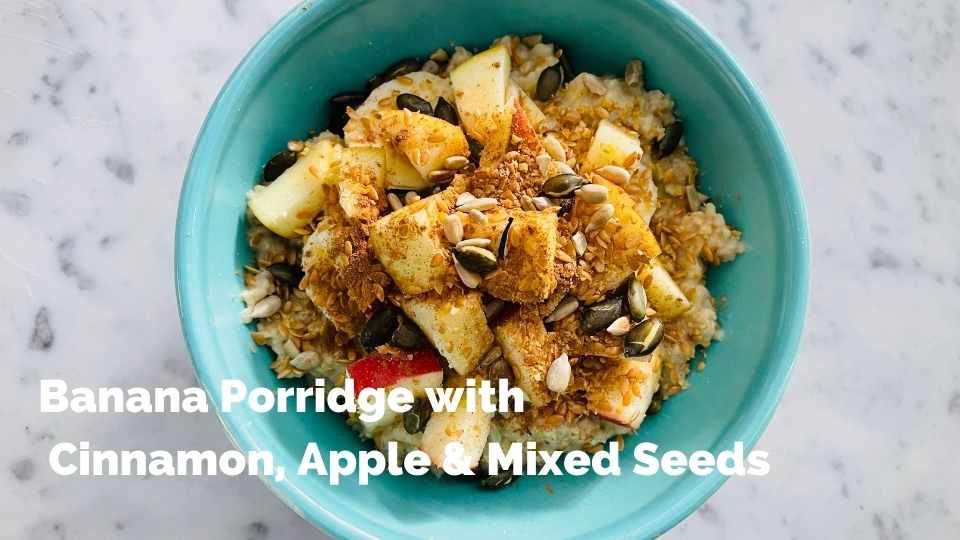 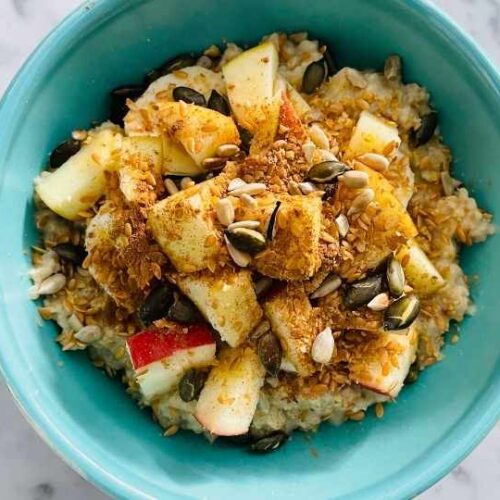 This warming delicious porridge is perfect now that the mornings are colder. I could eat this any time of day! It's healthy comfort food and warm foods are really good for the body during the cooler seasons and both Ayuveda and Chinese medicine advocate that eating warm foods during autumn and winter is vital to keep our bodies healthy and balanced. Time to ditch the cold smoothie or juice in favour of something warm!This porridge is super healthy because the oats are wholegrain and contain beta-glucan which can help lower your cholesterol. Oats are also loaded with vitamins and minerals essential for health. I love using a ripe banana to sweeten the porridge and I add cinnamon as it tastes yummy but is also said to be helpful for managing blood sugar levels and lowering the risk of type two diabetes. It is also thought to have anti-viral, anti-bacterial and anti-fungal properties. Research is also now being undertaken on how cinnamon can help an ageing brain with hopes of helping conditions like Alzheimers.I am a big fan of linseeds and milled lindseeds. They are found to be really helpful for ibs and they are rich in omega 3 fatty acids, fibre and protein.
Print Recipe Pin Recipe
Course Breakfast, Snack
Cuisine Plantbased

For anyone who is on my Shape Up Plan or is trying to lose weight, tryÂ substituting 25% of the oats in the recipe for oatbran, which has less carbs and more fibre. See how your body responds to the extra fibre first before increasing the amount of oat bran. You need to give your gut time to adjust to a higher fibre diet to avoid being bloated.